Saint‑Petersburg is one of the most beautiful cities in the world with a rich cultural heritage, and is rightly called the “Cultural Capital of Russia”.

18th and 19th centuries marked the onset of the stage of brilliant development of Saint-Petersburg and Russia as a whole, coined as the "Golden Age" of Russian art. Very few cities in the world can boast of so many attractions, museum collections, opera and drama theaters, manors, palaces and parks. The literary and musical heritage of the city is no less outstanding, and the number of writers, poets and composers who were inspired by its misty shores might strike even the boldest imagination: Alexander Pushkin, Fyodor Dostoevsky, Nikolay Leskov, Modest Mussorgsky, Alexander Borodin, Nikolay Rimsky-Korsakov, Pyotr Tchaikovsky and many others.

Saint-Petersburg is a "City of Bridges": 68 rivers and canals cross the city, forming 42 islands within city limits. As of today, there are 580 bridges, including 20 drawn bridges in Saint-Petersburg and its suburbs, so the city has been rightly dubbed the "Venice of the North".

However, Saint-Petersburg is not just an open-air museum, but is also one of the largest scientific and educational centers of Russia. It was in Saint-Petersburg where the Russian Academy of Sciences was set up by the Decree of Emperor Peter the Great, and the first secular higher educational institution of Russia, the Academic University, was opened. Higher education and science of the Northern Capital was glorified by great scientists such as Daniel Bernoulli, Leonhard Euler, Moritz Hermann (Boris) von Jacobi, Alfred Bernhard Nobel, Mikhail Lomonosov, Dmitry Mendeleev, Ivan Pavlov, Alexander Popov, Zhores Alferov and many other scholars whose names are in the global Hall of Fame of scientific thought.

Since the foundation of the city, scientific and educational activities never ceased, even during the Second World War. In wartime, not just active development of new weapons and industrial development took place, but scientific research was going on, experiments were conducted, new discoveries were made.

A wide network of research centers and institutes has been formed in the city, including more than 295 scientific organizations.

SCIENTIFIC AND EDUCATIONAL POTENTIAL OF SAINT‑PETERSBURG 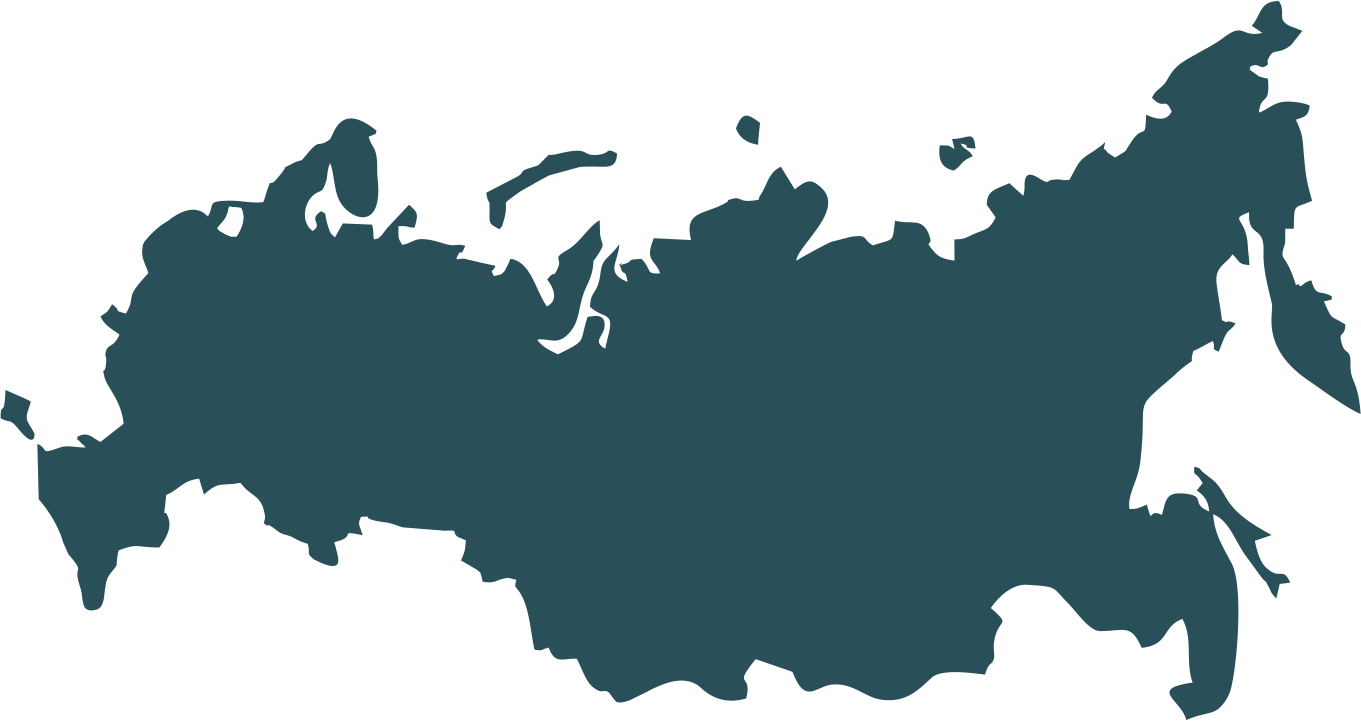 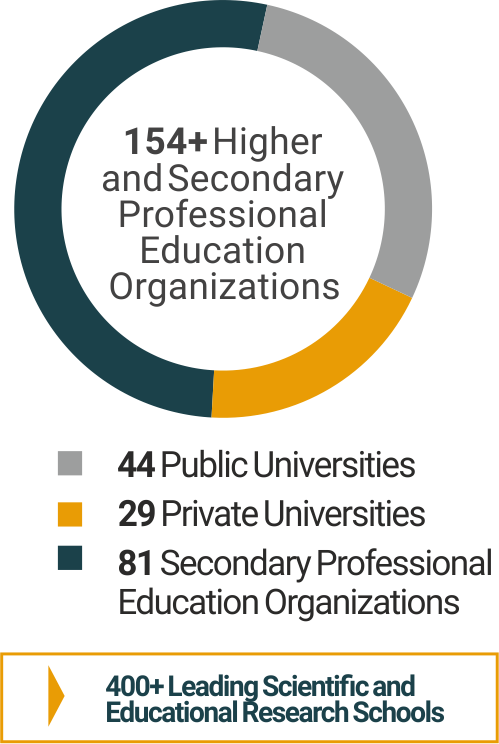 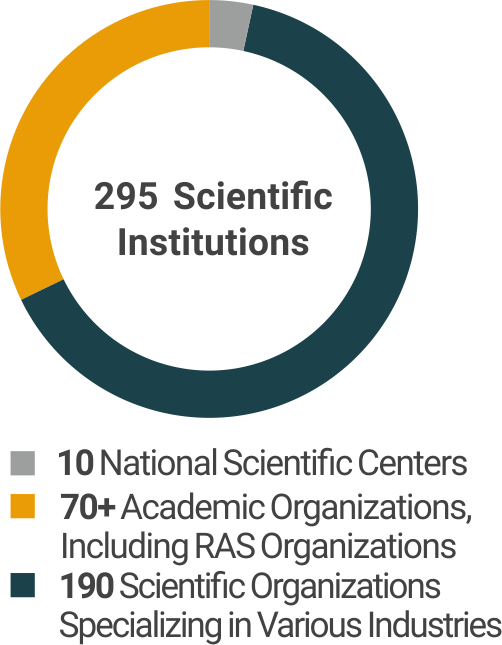 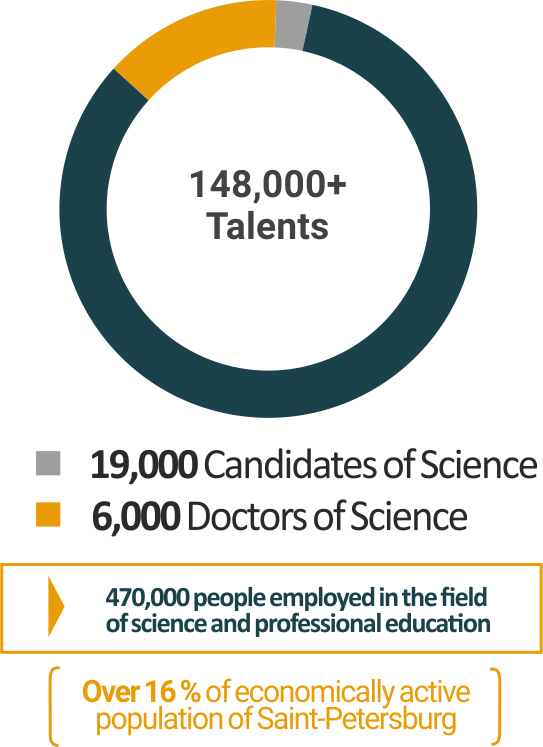 Strong professional education system has been and remains an important competitive advantage of Saint-Petersburg, even more significant in the context of transition to the knowledge economy. It is the largest branch of the social sector of the city, providing jobs for over 86,000 teachers and other professionals, and carrying out training and socialization of over 408,000 students and postgraduate students. 16% of the economically active population of Saint-Petersburg (over 470,000 people) are employed by or study in the professional education system, which trains highly qualified professionals not only for Saint-Petersburg, but for all regions of Russia, as well as for other countries of the world.

In order to attract young people to science, promote innovative activities among them and bring young talents to companies, a number of contests for students and graduate students is held every year, and prizes of the Government of Saint-Petersburg are awarded. An effective grant and competition system proves that a unique environment has been created in Saint-Petersburg for obtaining a university degree and subsequently applying the newly acquired professional skills and talents.

The Committee for Science and Higher Education is the government body in charge for the development of Saint-Petersburg's policy in the field of science and higher education.

According to the study “Accessibility of Higher Education in Russian regions” (National Research University “Higher School of Economics”, 2016) in the ranked list of regional systems of higher education St. Petersburg region is:

First place on the provision of quality places

First place in terms of financial accessibility of higher education

Over 314.3 thousand students study in higher education institutions of St. Petersburg in the 2018/2019 academic year:

The number of foreign citizens enrolled in Bachelor's, Specialist and Master's programs at St. Petersburg universities has increased significantly over the last years and amounted to 28,2 thousand people in 2018.

The share of nonresident undergraduate students enrolled onto full-time study at public universities increased from 38% in 2002 to 70.5%.

In St. Petersburg, in the 2018/2019 academic year, more than 2.3 thousand international students from 48 countries of the near and far abroad (or FSU and beyond, CIS and beyond), as well as stateless persons are enrolled in secondary professional education programs. 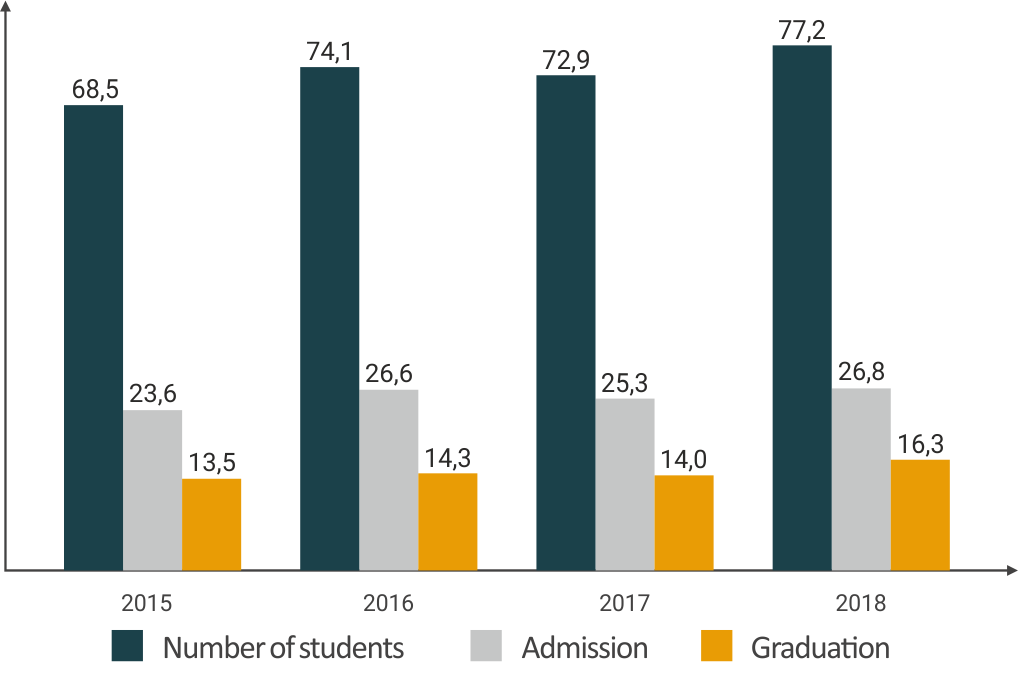 391,000 students and graduate students, including over 39,000 foreign students from 150 countries in Saint-Petersburg.

Over the past year, Saint-Petersburg universities have participated in more than 1,5 thousand major international congress events